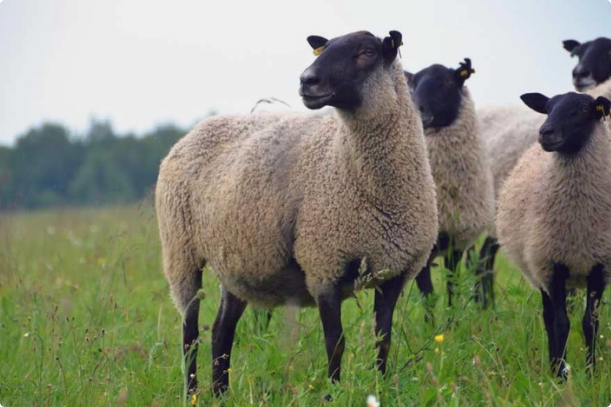 The Romanov breed of sheep is the pride of Russian sheep breeding. It is rightfully the leader and reproducing in many regions of our country. The appearance of the breed was promoted by Peter I, who introduced two shepherds to Russia from Silesia for the development of domestic sheep breeding. The first Romanov sheep were bred in the Yaroslavl province in 1802. The breed's popularity has been at a high level for more than two centuries. It is valued not only by Russian sheep farmers but Romanov sheep are bred in many other countries..

Earlier, sheep breeding in Russia was spread only in the southern regions, such as the North Caucasus. A feature of the Romanov breed is the high adaptability of animals to various climatic conditions, including harsh ones. Thanks to this, Romanov’s sheep feel great not only in the Middle Strip, but also in more northern areas, such as the Urals, Siberia, Altai and even Kamchatka. Wool protects animals: in heat - from overheating, and in severe frosts - from hypothermia. Sheep adequately tolerate frosts down to -30 ° C.

Romanov animals grow rapidly and gain weight rapidly. Already at the age of 3 months, lambs reach a weight of 18-20 kg, and in 7-9 months - 35-45 kg.  At 4 months, puberty sets in, but they will inseminate brightly only when their mass reaches 40 kg

Due to its multiple-fetuses pregnancy, the breed occupies one of the foremost places in the production of meat - up to 100 kg per year per uterus.  From the lamb carcass, weighing about 40 kg, comes out 20 kg of pure meat. Romanov sheep do not lag behind in the production of wool - from one animal they cut from 1.5 to 3.5 kg in one year .Romanovs Sheep Wool is a high quality product.  It’s valued for high fluff content. It is used in felting production, woolen threads and high-quality woolen fabric are produced from it.

Although the Romanov breed is not considered as dairy, this area is also promising. Milk is characterized by high fat content - from 6.8 to 8%. Cheese of excellent quality is obtained from it with a minimum consumption of the product. One sheep in three months can produce up to 120 liters of milk, and at best up to 150 liters